Joye continues to experiment with the self-contained mod, first introduced in the form of an eGrip, but here seen in tube shape.

The Joyetech eGo AIO brings you the style of an e cig with the performance of a cloud-chasing APV.

All You Need in One Place 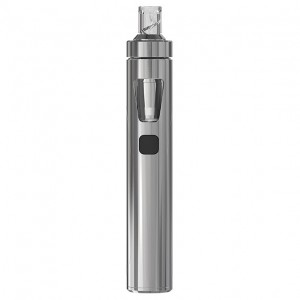 This mod is two things in one: a tank and a battery. The top cap is removable for refilling in case you wondered how to handle that part of the equation. The mouthpiece is also removable from the top cap. Joyetech has created a virtually leak-proof system, paying attention to detail at every point from aesthetics to technology.

Power for the AIO

To get started with a fully charged battery and loaded tank, all you need is one button. Press the power button five times rapidly. This is like the good old days of basic tube mods. The square switch, sitting flush with your device, rests below a big tank window. Joyetech doesn’t complicate matters by adding up and down switches or a mode-changing option for temperature control. This is a straight-up, high-output device for sub ohm users.

The eGo AIO battery is rated for 1500mAh or about a day of power. While 1500mAh would have lasted a weekend with your large eGo battery and low resistance coils, sub ohm coils help to create hotter vapor and use up battery power more rapidly.

The tank holds up to 2 ml of e juice, nominal but just fine since you will not have to disassemble your mod to refill. This Joyetech device can also handle 0.6-ohm resistance with their BF Stainless Steel 316 coils (SS316).

Inside the top cap you will see a spiral design. This is meant to increase the flow of vapor but also dissipate heat along the way. Airflow control is built into the cap. Rotate 90 degrees either way. A diameter of 19 mm puts this on par with other sub ohm tube mods like the Kanger Subvod but, together with the TopTank, Kanger’s device measures over 130 mm. The AIO is only 118.05 mm long. 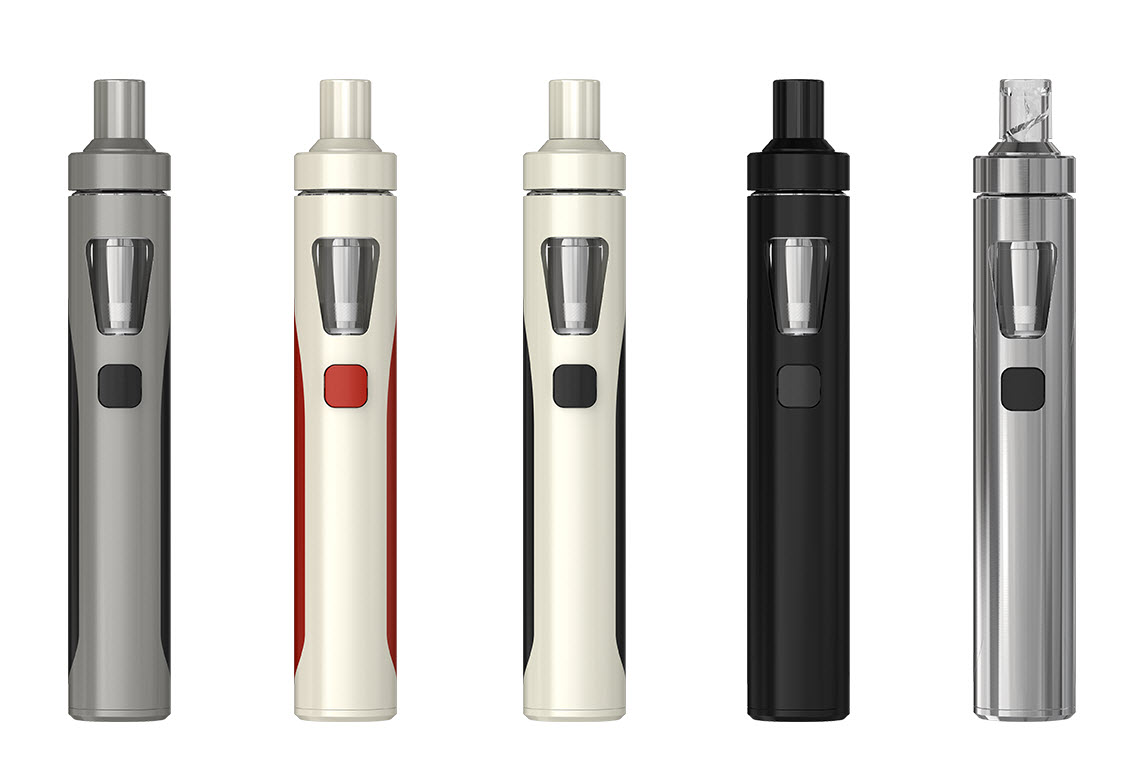 The Joyetech eGo AIO will be sold in several styles when it becomes available. There are two solids: silver and black. The others are bi-color units with black buttons: red and white (the only choice with a red button), black and white, or black and gray.

You no longer have to wonder which tank will match your battery: it’s completely, seamlessly built in. With two-color options, the line for maximum capacity is marked by a line between colors. This point is etched on the back of one-color units.

The other point about color is that Joyetech installed a color-changing light in the tank. Turn this on to light up your e juice and create a disco-light for your own little party.

The Joyetech eGo AIO is sold as a package with the battery, two coils, a mouthpiece, and USB cable. Vapers will need the last part to recharge a built-in cell. While swapping batteries does provide more options, a replaceable battery also creates the need for more parts which would interrupt the flowing appearance of this narrow mod. Recharge by plugging in. A USB port is located on the opposite side to your power button at about the same height.

Vapers will either love this thing or hate it. There is a compact beauty to the unit, but a touch of awkwardness too. The coil head is removable, but I’ll guess that’s not as easy as it would be with a removable tank. Even the eGrip is less awkward.

Furthermore, you have no control over wattage. It’s early days for the AIO: retailers are in pre-release mode. There are likely to be more coil choices coming. The built-in battery would be my biggest complaint (just personal preference as some people prefer it), although I love the clean lines of Joyetech’s design.