What are the primary complaints consumers have about vaporizers? Sometimes they wish vaporizers were quieter, especially fan-operated ones. Price can be a complaint: a lot of items are very expensive, even though consumers have a healthier way to “smoke” herbs when they do not burn them.

Size and weight can be problematic: tabletop devices are too heavy and obvious to be carried around or used in the car. Besides that, even the light ones sometimes look too much like what they are and the public isn’t sure what a person is puffing on. Is it some kind of drug or just herbs? 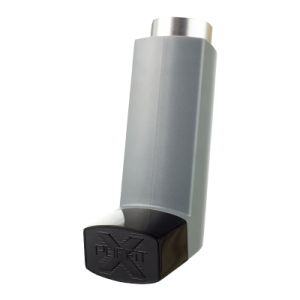 This is where the Puffit-X is so exceptional. It is small, light, and looks like an inhaler. You wouldn’t think twice about someone using her puffer in public or imagine she was puffing on aromatic herbs. The Puffit-X also satisfies the other issues consumers are concerned about. It is inexpensive and quiet. Take a closer look in this Puffit-X review.

The Next Generation of Inhaler-Vaporizers

First there was the Puffit, which is almost identical to the Puffit-X. It looks much the same, is made with a gold-plated heating element, uses a mini USB charger, and looks like an inhaler. The price is about $120 and it was really popular with the public almost immediately. Some customers are still used to theirs and prefer this device over the newer one, but many customers were thrilled with the newer option and bought one as soon as it came out.

One challenge with a Puffit was pulling on the mouthpiece to get a draw. It’s not that the user had to pull really hard, but puffing can be a challenge for some consumers. The answer to this issue is forced air. With a mechanism in the device, vapor is pushed toward the user’s lungs so he can rest them while vaporizing. It’s not a whirring fan, noisy and irritating.

The Puffit-X became the first forced-air portable vaporizer on the market.

The Puffit-X is a bit more expensive than its predecessor: $169.99 vs. $120. That extra $50 can be accounted for in the additional technology which provides forced air delivery. Just press the top button as you would with a real inhaler to activate forced-air. Otherwise, it looks just the same and a kit comes with the same pieces. The original Puffit used conduction rather than convection, meaning materials came into direct contact with a heat source.

$170 for a portable vaporizer is actually pretty decent. There are cheaper models, but you get what you pay for. More expensive ones approach the price of a decent desktop model.

A gold-plated heating element is still present with a mini USB charger, 90-second automatic shut-off, and 250-430F (120-220C) settings. Choose numbers between 1 and 8 which increase temperature by increments of about 30F each time.

Each kit contains a charging stand, silicone heat cap, neoprene carry bag to keep the device clean, 3 mouth pieces, 4 screens, a cleaning tool, filler funnel, and a user manual. The USB cable and a wall charger plus a magnetic mouthpiece cap are also included. A Puffit-X can be recharged so as to last for about 4 vaporizing sessions.

Just add herbs lightly and loosely. Users say packing them in tightly makes it very difficult to create vapor. A spring-loaded attachment in the lid pushes materials down anyway.

If the device seems to be overheating, add the silicone heat cap which cools it down. This will enable you to hold it in your hands. Heating the chamber takes just 30 seconds. You will know you have reached your desired setting when the LED light turns green.

Most reviews (certainly not all) give the impression that this is a solid investment; a good device for all the time or just portable use. If you already own a vaporizer that sits on your table and cannot be taken with you in the car or to work, buy the Puffit-X and enjoy greater flexibility. You will enjoy the stealthy shape and size, long battery life, and sturdy design.

However, not every customer is happy. There have been reports of a plastic smell or taste from some users. The outer shell is certainly made from a sturdy type of plastic. There could be some plastic in the vapor path as well, but not everyone says they notice anything like that. It depends on whom you talk to.

Most people who buy the Puffit-X recommend it to their friends or to other shoppers, but remember that this is not the kind of device you can expect to last for 5 or 6 years. It might get you through a few years of regular use, but by that time the manufacturers are sure to have come out with something even better.

Purchase the Puffit-X in one of three colors, but not blue. Most inhalers are blue, so perhaps the company is going to introduce a blue Puffit-X one day.