Vaporizers take the combustion out of smoking if they are well made and used properly. The Dabbler by Vapor Brothers could be just such a device and a portable one at that.

Sleek and light, the Dabbler isn’t much bigger than a cigarette; perhaps the size of a cigar. This electronic device costs around $100 if purchased directly from Vapor Brothers. 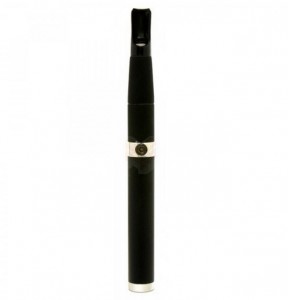 What is the Dabbler?

A vaporizer uses heat to extract vapor from materials without allowing them to become so hot that they burn. In the case of The Dabbler, these materials are herbal extracts and oils that are dabbed into a heating chamber and warmed via a coil of Inconel wire powered by a LiPo battery.

A microprocessor controls temperature. In the eyes of advocates, vaporizing removes many of the dangers associated with smoking, including thousands of chemicals found in cigarettes.

With a mini USB port at the very end, users can vape and recharge the battery simultaneously. The ceramic chamber provides consumers with one of the safest, cleanest, and fastest heating materials around.

A special wick will not burn when it goes dry as so often happens with vaporizers. A burned wick leaves a nasty taste and can damage your device if it is allowed to overheat and catch fire.

The LiPo battery offers long life, reliability, and in this case is protected by the microprocessor from short-circuiting or battery reversal. If you have seen an eGo-style electronic cigarette, the design is similar.

Each item has been triple-tested to ensure it is safe before leaving the warehouse. The Dabbler is designed and assembled in the United States and made in a factory certified by multiple regulatory bodies.

Vapor Brothers sells The Dabbler as part of a small kit containing a mini glass and metal pick tool for inserting waxy oils, a swivel USB charger, a pocket case, and a one-year warranty. Batteries come in black, silver, or with a filigree pattern. The kit is small and solid with a leather look and holds items in place using a molded insert. The whole thing, case included, could fit into your pocket.

Since 1999, Vapor Brothers has been innovating the way vaporizers work. Their first offerings were vapor boxes that are large and difficult to carry around, but now they also carry pens such as the Dabbler (their newest item), an Omicron V2.5, and the O-PHOS. Pens are ideal for discretion and traveling whereas vapor boxes are just too heavy and cumbersome.

They sell accessories for their pens, grinders for example, but not waxy oils. When shopping for Vapor Bros. products using retail websites aside from the Vapor Brothers webpage, you are likely to find a store that sells materials of this nature so that’s no hardship. Select your supplier carefully and you might receive a grinder free of charge.

What you will not find at an external website, however, is the Vapor Brothers Affiliate Program. This is a special feature designed to promote the company and help vapers earn money doing something they enjoy. Affiliates are a bit like sales people but without having to handle money or products.