Behold, the first of a 3 part series from V2 Cigs: The Pro Series 3 Vaporizer – 3-in-1 vape pen, with magnetic cartridge and battery connections…they hit the ball out of the park!

First, V2 Cigs brought Americans a high-tech electronic mini cig resembling a real cigarette. This model soon rose to the top of the tables and has carried on out-performing other, newer brands ever since. 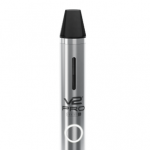 We expect these to sell out, so get one while you can before they are backordered 🙂

Next, V2 Cigs brought out their EX line of electronic mini cigs with cartridges no bigger than the classics, yet able to hold much more e-liquid. Now they have innovated again, but not in the direction one might expect.

While many brands of electronic cigarettes are available in beginners’ models and intermediate e cigs, perhaps even APVs and mods (such as Halo, Apollo, and Vapor Zone), V2 Cigs has gone a different direction. Their latest model is a vaporizer for use in three separate ways. 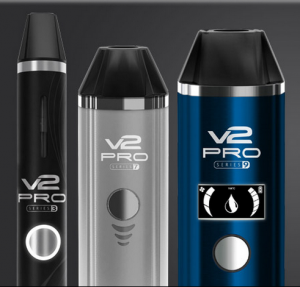 How can there be three different ways to use a single device?

V2 has created drop-in carts that hold either e-liquid, tobacco, or wax. That represents the three most popular materials used when one vapes using a vaporizer or an e cig.

This 3-in-1 design supplies vaping freedom to V2 users who were previously stuck switching from one vaping device to another if they wanted to use aromatherapy products sometimes and liquids at others.

How Can This Work?

The cartridges work with a single Pro device because they are just “little ovens,” as the forum administrator at V2 Cigs reports. He got involved when customers were chatting, getting excited, and wondering: “how can one device do three things?”

According to V2 Cigs, tobacco leaves can be used, but consumers will be able to insert any kind of aromatherapy item they want including nicotine-free spices.

An e cig oven is an atomized tank as e cig users are accustomed to seeing in their devices. Using a rechargeable battery, the vaper heats his wax/liquid/herbs to a high enough temperature that it creates vapor, not smoke. V2 Pro atomizers are magnetic so they literally “break away” from the charger as the website says.

When Will These Be Available?

V2 Cigs is only in pre-release stage, spreading the word so current customers can save their points or customers thinking of buying a vaporizer know to continue visiting their website. The price for a V2 Pro has not yet been released, but this is no $10 e cig. Just look at the pictures as seen at vaping websites.

The V2 Pro is a beautiful, portable, sleek machine with a metallic sheen and button controls. Pictures show it in three colors: stainless steel, black, or blue, with an impressive LED screen and single-button control. Consumers will see this on websites in the summer of 2014 and might soon also carry some aromatherapy herbs to go with it.

V2 Cigs still sells lots of wonderful, reliable products worldwide at competitive prices including their e-liquid. Save your points, keep your eyes open, and be ready to order your V2 Pro as soon as it comes out to avoid an even longer wait as stocks are replenished.

V2 released another more in depth video on the Pro Series 3. This thing is pretty unreal. Watch this video where it shows some of the advanced cutting edge technology used on this device. They have rewritten the rules, as they say in the vaporizer segment, really amazing stuff: