Vaporfi is one of the most popular vaping brands for a variety of reasons. Their products are always reliable and well-made and produce good quality vapor, but more than that, the designers at Vaporfi are always looking to make innovations to their products to find new ways of making them more effective for vapers around the world.

Vaporfi Atom: All About Innovation And Reliability 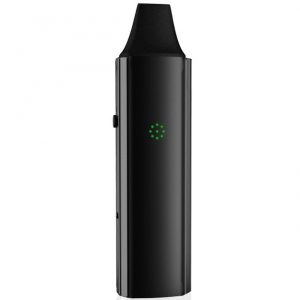 The newest product from Vaporfi, the Atom, is a perfect combination of the solid and dependable reliability consumers have come to expect with some of the newest and most exciting innovations in vaping technology and design.

This makes the Vaporfi Atom not only a great device for those who have been vaping for a long time and are looking for a more advanced vaporizer, but also for those who are new to vaping and want to take a step up without feeling bamboozled by difficult technology.

If you want to design an effective and reliable vaporizer, then the first thing you need to get right is the heating performance — and the designers of the Vaporfi Atom have done just that. The device’s heating chamber holds enough dry herbs for several vaping sessions, making it an ideal choice for those who find themselves vaping more often on nights out but who don’t want to carry their herbs with them.

The Vaporfi Atom has an impressive temperature range, from 360°F to 464°F; more than enough power to heat and vaporize dry herbs for a quality vaping experience. The heating controls are simple too, even for those who are just getting started with vaporizers; the heating controls have three options, each color-coded to make it easy to spot at a glance what temperature you are using. The blue LED light is for the lowest setting, 360°F, while red shows the Vaporfi Atom is set at its top temperature of 464°F. The yellow light is for the middle temperature option of 410°F.

It is all very well having a heating chamber large enough for an evening’s supply of herbs, but if your vaporizer’s battery needs charging too often then the device suddenly doesn’t seem quite as portable as you’d hoped. Luckily, there are no such problems with the Vaporfi Atom device; the 3000 mAh battery can keep you powered up and vaping for hours at a time.

This battery has some new innovations and features too, including a power save function that switches the vaporizer into standby mode if it has not been moved or used for 30 seconds. This helps to save the battery life for when you really need it.

Checking how much power you have in your battery couldn’t be simpler either. Simply give it a shake to bring it back online, and the LED light will tell you how much energy your vaporizer has left: red for low power, yellow for partially charged, and green to indicate a full battery.

While Vaporfi has obviously put a lot of thought and work into the interior of their new device, the Atom does not let users down when it comes to its appearance or its usability. The slim, sleek design looks great when you are using it, and the smaller size and minimalist approach means it is easy to carry in your pocket or in a bag without any problems. The Vaporfi Atom is a small and discreet vaporizer that also packs a real punch in the quality of its vapor.

Functionality is simple throughout, from filling the chamber to cleaning it after use. Some vaping beginners are put off with the idea of a refillable vaporizer because they worry it will be difficult to maintain, but there are no such concerns with the Vaporfi Atom. It is simplicity itself to operate and much cheaper in the long run than buying disposable electronic cigarettes.