Maybe for male customers out there, aesthetics are not that important in a vaporizer. As long as it doesn’t become too hot to hold and provides good value for money, the male vaporizer customer would rather not pay for looks. He just makes sure the vaporizer isn’t pink and he’s happy.

Women notice things like how attractive a device is. Cigarettes were never as pretty as vaporizers can be. That’s just one of the many reasons women make up some of the thousands of people who love the Pax by Ploom. 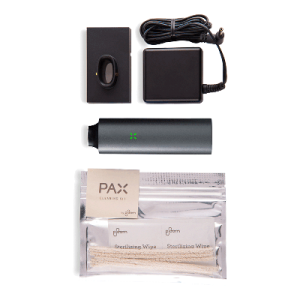 What Is So Special about a PAX

The two men behind this device spent a lot of time developing it until they got their device about as right as it could be. Sure, they had to make compromises: otherwise the PAX would be twice the size and twice the price.

In the end, they created something simple that performs efficiently and effectively and will last a long time. Are there downsides to the PAX?

Absolutely: we will take a look at those features later. For now, here is a PAX by Ploom review describing what this unit does. Learn who it is for and its pros and cons. 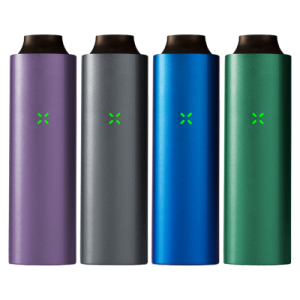 The PAX is available in amethyst, cobalt, emerald, and onyx and there is just one decorative feature: a sensor in the middle. It’s like an “x” which lights up to indicate when the battery is low and how hot it has become.

The light glows red, yellow, or green to indicate low, medium, or full power, but you need to shake the device to get this information.

That’s an amazing innovation: no buttons to press or anything fancy. Colors also depict the temperature: red for hot, orange for medium, and yellow for low. You don’t have to shake the PAX this time.

Put this vaporizer in your pocket or drop it into your handbag. It’s small enough to fit into the palm of your hand. If you’re going to carry it in a bag, though, buy a carry case for $19.99 to keep the mouthpiece clean.

The top is ingenious and fun. Push one side of the cap and it will flip off so you can get to the chamber beneath. When you want to vape, replace the cap and press in the middle to release the mouthpiece. It’s just one small black cap and so simple to use.

Your chamber is built right into the PAX and is only big enough for 6 to 8 draws or so according to users. This is plenty. With the easy refill function, it’s no effort to dump old herbs and replace them.

Push them in lightly: not too hard or hot air can’t get around them. The opening is fairly large but it can still get a bit messy. Just brush the herbs into the middle before replacing your cap. The PAX is only for use with dry materials.

Most portable vaporizers are battery-operated (as opposed to butane-operated). The PAX is no different. A rechargeable battery is built into the unit which is accompanied by a charging dock. The small, light dock plugs into a wall outlet.

As long as the battery is charged, this device will operate while it is being handled, thanks to the motion sensor built in. If you put it down, the PAX realizes there is no vaping activity and switches itself off until you pick up again. Inside, beneath the cap next to your refill chamber is a button for adjusting temperature. 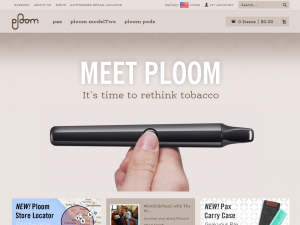 Ploom comes from San Francisco but the company, started in 2004, sells its goods online to a national audience. Retail outlets help them spread the word even further. Go to California, Texas, Maryland, or Pennsylvania: it doesn’t matter. The Pax is everywhere.

Vapers have been talking about the PAX excitedly ever since it came out. At $249.99 on the Ploom website, this isn’t a cheap item. It comes with a small cleaning kit, the charging dock, and a mouthpiece, but the PAX is still a high-end item.

In spite of that, consumers are spending the money and choosing to vape instead of smoking. They like the high-quality elements of this device but offer some helpful suggestions and constructive criticism.

Anodized aluminum is smooth and, well, slippery. One customer suggested adding a material that provides grip to prevent dropping this device.

The disadvantage of a built-in battery is that after the battery has died, a PAX is no good. Unless you can find someone to replace that power unit and not wreck the PAX, say goodbye to the old PAX, hello new to the tune of $250 yet again. With its power conservation measures, the battery might last longer than the six months usually expected of rechargeable batteries in regular use.

The device is made with many plastic parts. As hot air is circulated, it also picks up some of the plastic smell and flavor, possibly contaminating the smell and taste of your herbs.

Could something be done about that? If Ploom switches to stainless steel or glass, expect the PAX to go up in price.

Packaging is clean and professional, but perhaps too large. Maybe this is where some savings could be made: in reducing the size of its box.

This would reduce its weight and possibly the cost of (free) shipping so as to pay for alterations and upgrades. Customers should have little doubt, though, that the makers of PAX vaporizers are already discussing ways to make their invention even better.

Purchase a soft carry case for $19.99 and this will keep the device clean and scratch-free when it’s in a briefcase or bag. The charging dock costs $35.99 to replace, but you could save your money and use it to buy a car charger for the same price.

Buy replacement screens for $9.99 (packs of 3). Your cleaning kit is priced $12.99 when bought separately. At first, $249.99 is a lot to spend. Remember that maintaining it properly will ensure the PAX lasts.