Box mods do not get any bigger size-wise, but their inbuilt chips become more complex all the time. The SMY God 180w box mod is one such: a box-shaped variable wattage e cig in five possible colors. It is a high-power device so, understandably, it requires more than one battery. Find out all the details from Fly Smoke and others who are taking pre-orders before this $100 device is finally released.

Simeiyue has produced a 180 box mod which is the most powerful unit of its kind currently available, but few details are yet available. It has only just been released: customers are eager to try it and learn more. In the coming months, one can expect to see 200watt mods released by Cloupor or IPV, maybe Sigelei: vapers do not know for sure who will do it, but they know it is coming. One feels as though as soon as a size of box mod is released another company has to make a bigger one. Choose from 5 to 180 watts; 0.3 to 3.0 ohms.

The box measures 119 by 69 by 30 mm (it is small and portable). The box contains a Nevoton chip. But it is only a box style: really a fusion of box and tube; rounded on one side, angular on the other. Others such as House of Hybrids and VaporFi have done something similar, so the shape is somewhat familiar but still attractive.

Usually, the screen is placed along one narrow side or it is at the top or bottom of one face. Here, a good-sized, well-lit screen is placed right in the center to display battery power and watts. Beneath are two small rectangular buttons unlike any others currently out there. Usually, the two small up-and-down watt buttons are round and a little bigger. Select one of 5 colors to personalize your item: red, blue, orange, silver, or black. One side bears the logo of a wolf howling.

The closest any other company has come to this SMY 180W mod is 150 watts. IPV and Cloupor have both managed that much with 2-battery products costing close to the same price or as much as $150. In common with these two, the SMY can handle sub-ohms to quite a low rating so as to produce exceptional, thick clouds of vapor.

These are proven devices. Customers can investigate the effectiveness of such items before pre-ordering the SMY 180W Box Mod. These still will not tell them what happens to mods at 180W. Customers just have to decide why they would buy a device featuring such extensive wattage variation. What will they gain from it? Is the expense worthwhile if they already own something capable of reaching sub-ohms? How low does resistance have to go? How thick must clouds be to make a vaper happy?

What is the Point of the Chip

With the chip in one of these devices, one can usually be assured of benefiting from battery protection. This includes protection against reversing the battery, low voltage, too-high voltage, and too-low resistance. The device provides a real-time current meter.

A box mod chip can be replaced and upgraded. It is also easy to build a box mod around one of these things, and there are several brands. Is this the best one? The Novoton is not an Evolv chip, which is considered by many to be the best one (and the most costly).

One can hope the Novoton is excellent, but at $100 how can this be the best-quality device available? You are playing with a lot of power; a lot of control. It is tempting to be among the first to own this, the first box mod to reach 180 watts. 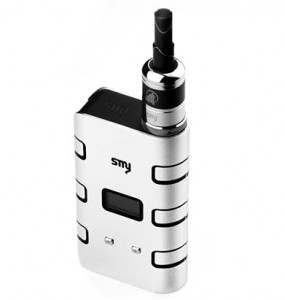