No, this is not a clothing store, but you might be fooled when you view their website. I got that sense for my first impression. A man and a woman pose super-model style in fashionable, crisp designs, their hair all done up like they are part of a photo shoot.

I thought they were selling fashion products at Vaper Empire at first glance, and I think they have nice, unique taste.

Here’s a discount for you, followed by my review:

Save with this Vaper Empire Coupon Code:

Save 15% Off Any Starter Kit at Vaper Empire

Then, when I saw the name Vaper Empire and their black-themed website, I read “Vampire” and was slightly alarmed. I don’t usually associate vaping with this sort of idea. Vaping has helped thousands of people around the world switch to vaping from their cigarette habit although they don’t become immortal blood suckers to my knowledge. Was my strange blending of “Vaper” with “Empire” a sign that maybe this is one of those blood-sucking, expensive brands? I knew I had to find out more.

Vaper Empire of Australia welcomes formers smokers to their website, knowing this is a hard but laudable choice they are making to give up analogs and embrace e cigs.

Their mission is to provide the means of making “positive change” by offering lots of choice, whether that’s hardware or e juice. They started only 5 years ago in Australia.

Back in 2011 they spread the word domestically but their name is becoming well-known in New Zealand, China, and England.

The names of their e cigs are Viva, Vantage, Venture, and V-Pack, so you get a bunch of tongue twisters, but memorable titles (try to say Vaper Empire Venture five times fast). E liquids are the Artisan, Boutique, Classic, and V-Pack Refills. 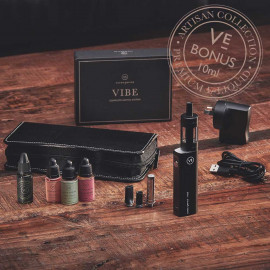 This is the most popular vape kit at Vaper Empire. It comes in two options, with or without e-juice.

This is a great starter kit if you want to move to a more powerful vape. 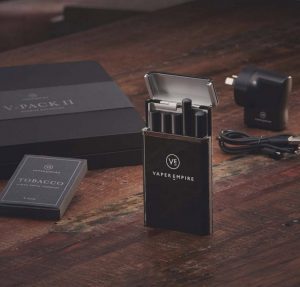 This is the archetypal starter kit for absolute beginners; vapers who have never tried a rechargeable system before, but might be familiar with disposable e cigs. The V-Pack is designed to resemble a pack of black cigarettes, like the Volcano Magma, but made to provide a cleaner experience than any cigarette can supply.

A V-Pack’s two 170mAh LiOn batteries are stored within a 1200mAh charging case resembling a real cigarette package, only far more attractive. This portable, wireless pack and the batteries require recharging, but once the V-Pack is charged, batteries are replenished if they are inside the pack. This set also comes with a USB cord and 5 cartomizers or atomized cartridges filled with e juice. 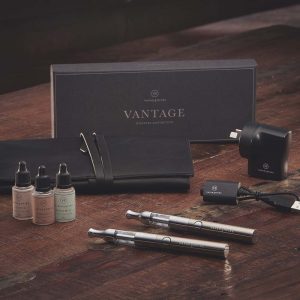 The basic Vantage set in white is a short eGo-type cylinder with a clear tank. Your box is full of goodies like two 650mAh rechargeable cells for half a day of vaping each (more if you’re a light vaper), two 1.6-ml clearomizers, charging equipment as above, and one bottle of e liquid. 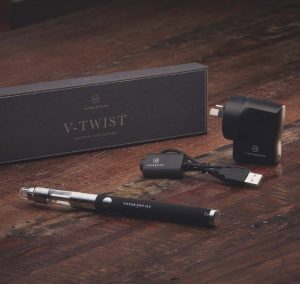 Vaper Empire added a V-Twistto their lineup recently. This is sleek like the items already listed above, made from stainless steel, and designed to be a class act. While still discrete, vapers can almost double their past prime (650mAh with a Vantage) with a 900mAh battery.

It has a twist feature, where you can turn a dial at the base of the battery to adjust the voltage output, which will adjust the vapor production, allowing you to find the perfect settings for your specific e-juice.

The V-Twist kit features one cell and a single matching clearomizer with its replaceable coil. Make your clearomizer last, save money, and reduce waste by swapping coils, not clearomizers. A USB cable is also included. 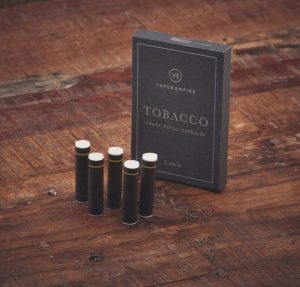 Choose flavors such as apple, tobacco, menthol, or coffee but don’t bother with a funnel or bottle; these cartridges already contain e juice. This liquid contains PG, VG, nicotine, and flavoring. Nicotine percentages are customizable: from zero nicotine up to 2.4%.

E Juice by the Bottle 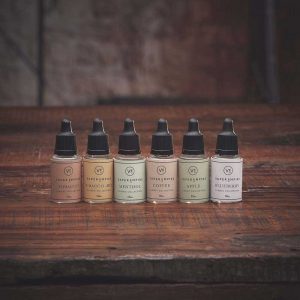 With bottled e liquid, you save money and don’t create nearly as much waste. Among the several varieties are Artisan flavors such as a summer fruit style known as the Freudian Slipper and Velvet Elvis which tastes like a mixture of sweeties: Skittles, Gummi Bears, and Bubblegum. Bilberry, Kiwi, and Pear plus Cactus are blended to create Death Valley Nectar.

The Boutique Range is stocked with delicacies such as Caramel Mocha, Old English Tobacco, Benny & Henry Tobacco, and New York Cheesecake. As for the Classic Range, this simplified menu contains single-flavor styles such as Apple, Mango, Cherry, Tobacco, and Menthol e juices.

Here is a very cool infographic by VE on the costs of e-cigs versus smoking:

Now you know what Vaper Empire has to offer, and it is a satisfying list. Start out with the V-Pack and wind up vaping with confidence holding a Venture E Cig. The entire line is designed to be user-friendly so any new vaper could realistically operate any one of these devices trouble-free as a first-timer.

A lot of vapers ease into the vaping habit by starting small, but if you don’t care about the way a larger e cig looks or feels, go right to the Viva, Vantage, or Venture. They are classy on the outside and, rather than sucking you dry, save you money.